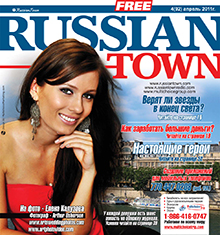 Many people do not know that Florida is the second largest Russian community in the United States with rich culture and net worth. Russian immigration to the sunshine state started back in the 1970’s when the first wave of Russian-speaking immigrants decided to make the trip to a land of freedom. The population has been on the rise ever since, especially in some areas in Florida.

Why have people chosen to come to Florida? There are many reasons and circumstances that have led to the population growth in Florida. Some people were relocating for work and new business ventures, others wanted to raise their children and seek better lifestyle while enjoying a reasonable cost of living and mild climate. The colleges and universities in Florida are ranked among the best in the country and they have attracted many Russian-speaking students. There is also a large number of Russian-speaking wives who moved to Florida with their American husbands. Many Russian-speaking people also won their green cards by participating in the Diversity Visa Lottery.

Many people with extraordinary creative abilities have come to Florida with the Visa O-1, including, but not limited to, the fields of medicine, education, science and art.

Some of Florida communities are actually among the most highly paid in the country, and more than 55% of the Russian-speaking families residing in Florida have an income that exceeds $55,000 per year. There is an abundance of large Russian-speaking communities in various Florida cities. The Russian media in Florida is necessary to help Russian consumers in the area transition and adjust to life in a new land while getting the products and services they are used to.

Statistically, after one to three years of living in America, 57% of immigrant families choose to buy their own homes. This proves that our country is filled with stable, hard-working people driven to succeed, live and thrive. Russian people are known to be great consumers and successful businesspeople, serious about doing good business and building long lasting relationships. They also need products and services as all other citizens do – cars, doctors, accountants, insurance agents, restaurants, realtors, photographers, etc. They also require a quality Russian media in Florida.

RussianTown Magazine in Florida is the perfect place to attract these people to your business. With all the interesting facts mentioned above, there should be no doubt as to why Russian advertising in Florida can be so important.

Our free publication will give you access to over 260,000 Russian-speaking consumers who can potentially become your clients. Do we need to say more? Contact Russian Town today and let us tell you more about the Russian-speaking population in Florida and why they need you as much as you need them.